Original founder raises a sweet round at a $16M valuation, wants another stab at the market

The 3D printing world can print in concrete, plastic, metal and pretty much everything else that starts off gooey and turns solid after a while. That includes a bunch of different types of foods, as Sugar Lab demonstrates. The company was originally acquired by 3D Systems in 2013, but co-founders Kyle von Hasseln and Meagan Bozeman decided to reverse course. Together, they wrestled the company loose again from its corporate overlords and they are having another go at growing it — and the Currant 3D printer the company sells — by themselves.

The genesis for the company was von Hasseln’s sister’s birthday party, and an absence of regular cooking tools. He hacked an old 3D printer to print cupcake decorations, and he’s been on a mission to create unusual cakes and sweets ever since. The company describes what it does as a “digital bakery,” and much of the tech involved is there to make the printers food-safe — not typically a huge consideration for most 3D printing applications.

“I recognized straight away that 3D printing with extruded food paste was too slow and rudimentary for wide adoption in the culinary world. That realization led me to immediately pivot to another 3D printing engine where thin layers of dehydrated food powder are bound layer after layer by water jetted from a printhead — which allows for precise, fast, full-color 3D printing,” says von Hasseln. “That invention, now called the CURRANT 3D Printer, solves the fundamental problem in the 3D-printed food space: mass adoption.” 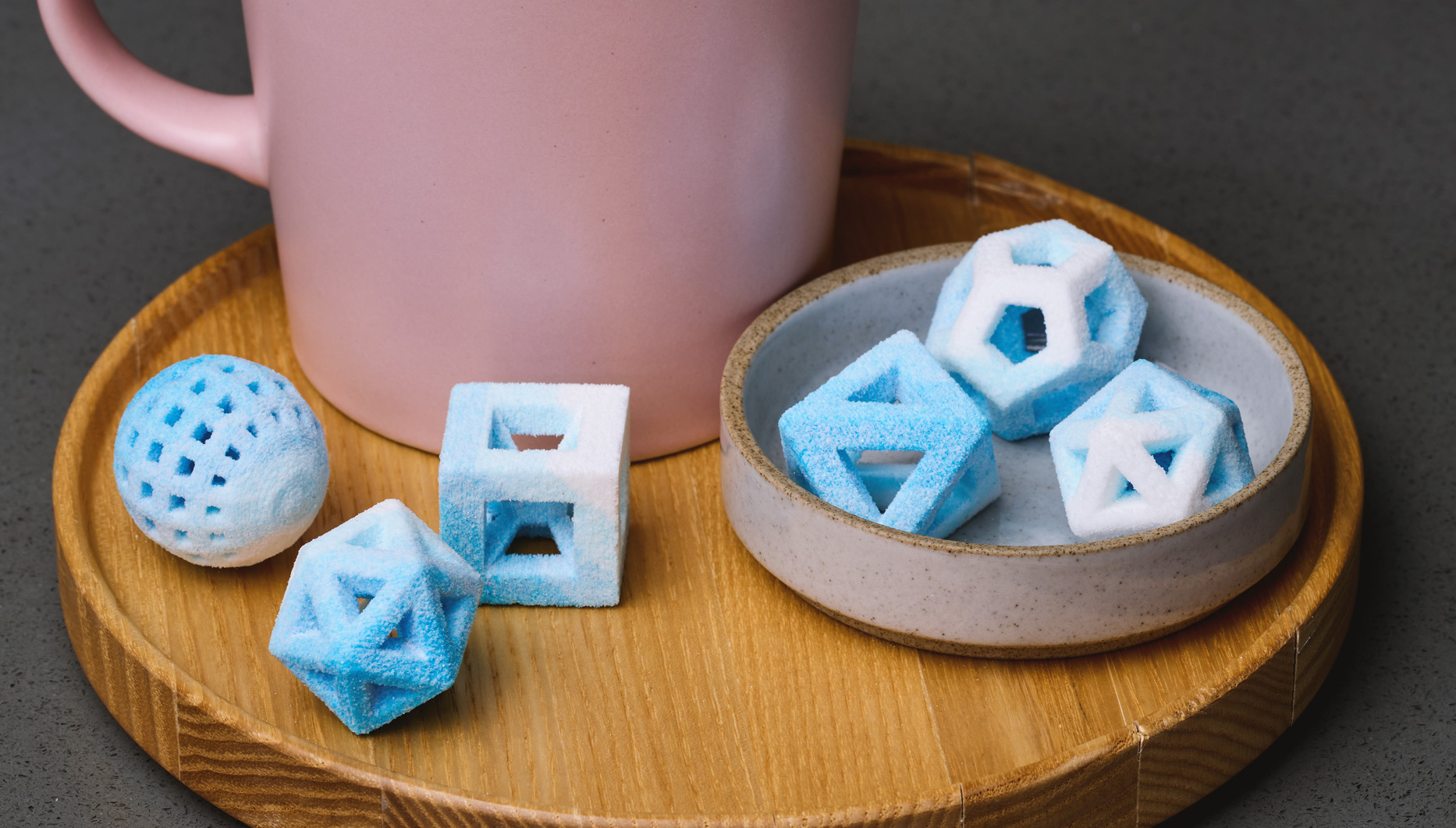 The new company acquired the 3D printing tech back in May, and now the race is on to raise more money and bring the products to market.

The company claims its printers are able to 3D-print complex foods in full color, with the ability to scale the production for large batches of tasty treats. The pritners can print a number of ingredients, including dehydrated fruits, vegetables, spices and plant proteins. The result is that the company has what appears to be the only NSF-certified commercial-scale 3D food printing solution.

“It may seem trivial, but our success is predicated on a simple design theory that every chef knows by heart — beautiful food is enticing, fun and engaging. And our 3D printer is best-in-class at creating beautiful food because we leverage all the promise of 3D design and 3D printing — color, precision and speed,” says von Hassln. “I am personally driven to make this new technology accessible to chefs everywhere. Chefs are artists at heart, and more than anyone they understand that well-designed food can create a completely new culinary experience.”

The company raised $5 million, most recently at a $16 million post-money valuation. The money is being used to take back full ownership of the tech and company, and spin up operations.

“After Kyle developed his culinary 3D printer, it was quickly acquired by 3D Systems, where he and I teamed up to create and run the Culinary Technology division that built the CURRANT 3D Printer from scratch. We left 3D Systems in 2019, backed by our investor group, to found our company and quickly became the largest purchaser of the 3D printing technology. When an opportunity to acquire the tech arose this year, we went back to our investor network, which was hugely supportive, and raised capital to wholly acquire the CURRANT 3D Printer platform,” explains Meagan Bozeman, COO at Currant 3D and Sugar Lab. “We’re extremely proud and grateful that the technology is back in the hands of its original inventors and champions. This has put us in complete control of our future; we’re 3D printing food faster than ever, expanding into a much larger commercial kitchen where we will manage a 20+ printer fleet for this next rapid growth chapter, and enabling others to build their own 3D production kitchens through the purchase of our printers and supplies.”

The company says its ultimate goal is to take 3D-printed food from novelty to “indispensable ubiquity”. That doesn’t mean replacing how existing, well-loved foods are made, but to give chefs new powers to experiment and make new types of food.

“Adoption of digital design and 3D printing is critically important for a more sustainable and secure food future,” claims von Hasseln. “If you can download a new 3D design into a regional 3D printing kitchen, and 3D-print onsite with local labor and ingredients, you can cut deeply into the inefficiencies of legacy food production that rely on trucking ingredients all over the country — both to and from factories.”