Cryptocurrency exchange platform Coinbase announced that it has received in-principle approval from the Monetary Authority of Singapore (MAS) to to provide Digital Payment Token (DPT) services in the island state.

Singapore has served as Coinbase’s Asia Pacific hub as the firm has been building its presence there and has employed close to 100 employees comprised mostly of product engineers.

Prior to the approval, Coinbase was already operating in Singapore under an exemption from the regulator.

Now that it has secured the in-principle approval, Coinbase will be reaching out to local partners as well as expand its fiat capabilities.

According to Cointelegraph, some of the local partnerships that Coinbase is eyeing includes the Association of Crypto Currency Enterprises and Start-ups Singapore (ACCESS) and the Singapore Fintech Association (SFA). 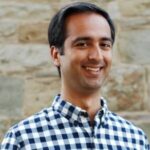 “We collaborate with industry associations to promote dialogue with policymakers, and ensure balanced regulations, and a pragmatic approach to regulatory framework for digital assets.

On the employment side, crypto as an industry is exciting but often confusing, so we are working with career exploration non-profits like advisory.sg to provide guidance to their members.”

He added that Coinbase plans to expand its offerings in Southeast Asia as it is a “crypto-forward region with a lot of demand for holding and using crypto in markets such as the Philippines and Indonesia, as well as a hotbed of innovation for trends like Web3 gaming such as Vietnam”.

Less than a week ago, Coinbase announced that it had been incorporated as a local entity in Australia. The crypto firm had also obtained registration and enrolment with the Australian Transaction Reports and Analysis Centre (AUSTRAC) to provide digital currency exchange services.

Prudential Partners With Google Cloud to Enhance Its Pulse App

India’s GDP growth next year to be better than IMF projections: CEA Nageswaran

india investor: Why India is a blooming garden of opportunities for investors