Paris-based social trading app Shares has brought on tennis legends Venus and Serena Williams as investors and its first ambassadors.

The news follows the company’s US$40 million Series B round in July led by Peter Thiel’s Valar Ventures.

Shares combines the features of an investment platform with those of a social media app to create a product that is said to resonate strongly with Gen Z users — 66% of the app’s users are under the age of 25. Also higher than the industry average, over a third of its users are women.

The app has garnered over 150,000 users since launching in the UK in May, coming in second in the ‘finance’ category on the App Store and becoming the sixth most downloaded app in the UK. 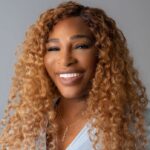 “Gen Z have a curious way of looking at the world and through the amplification of social media, have been much more open about educating themselves and sharing that information. I believe everyone, and especially women, should have the tools and access to information to take control of their finances,” 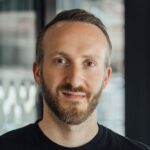 “Our primary goal is to bring people together to make finance accessible while always offering the best product to our users. We’re confident that Venus and Serena will add a dynamic energy to Shares that will drive and inspire us to imagine and build the best offering within the industry,”

Chinese ambassador thanks Musk for proposal on Taiwan By Reuters